Boy, I sure do love comics! Here’s some of the comics I’ve made. 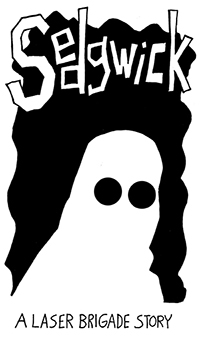 Sedgwick: A Laser Brigade Story – A 24 page mini-comic that tells the sad story of Sedgwick, an alien adopted by the man who murdered his mother. Order your copy today! 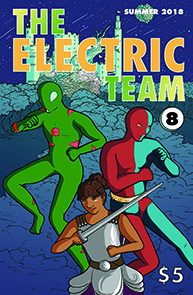 The Electric Team – In a shattered world where magic and super-science have run amok, six heroes have banded together to restore civilization. They are . . . the Electric Team! My daughter Abi created most of these characters and concepts. We co-wrote the scripts and Samantha Albert drew most of them, with other artists like Josh Burnett and Jeffrey Johnson also chipping in. We serialize the story here, and periodically release print issues. You can order them here. Issue #6 is on sale now! 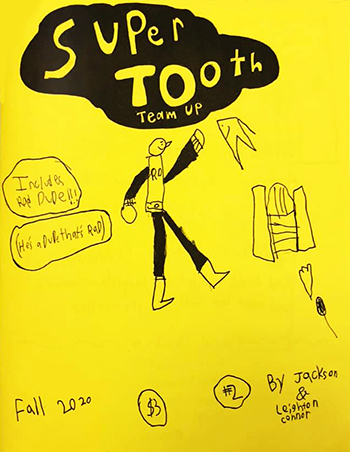 Super Tooth #2 – Written by my son Jackson, drawn by Jackson and me. Super Tooth, defender of Body World, is relaxing with his wife Violet . . . when suddenly the wicked Handy Mandy kidnaps her! Super Tooth seeks out the help of Rad Dude, the Man Made of Fire. Together the two heroes must break into Handy Mandy’s fortress, make their way past his traps, and defeat Handy Mandy himself. Order now! 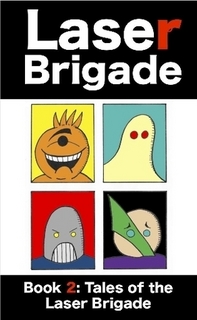 Laser Brigade – My space opera web comic, that I write and draw. For Book 1, I challenged myself to write and draw each chapter in one or two sittings, directly in ink, without using a pencil or a ruler. For Book 2, “Tales of the Laser Brigade,” I invited some of my friends to contribute, and received excellent stories by Matt Kish, Josh Burnett, and Doug Meyer. I also drew a couple of stories. You can order Book 1 here, and Book 2 here. You can read the entirety of Book 3 here. 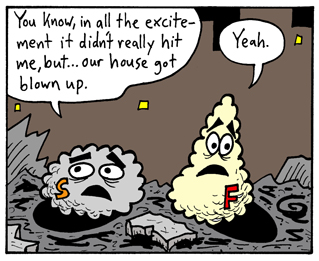 Fuzzball & Scuzzball – You could say that this is my web comic magnum opus. I wrote and drew the adventures of Fuzzball, Scuzzball, and their friends for years, until I brought the story to a conclusion. It’s all online, so hop on over to the website and check it out.

Here’s a page I drew that features a bunch of characters created by me, Dale French, and Matt Kish: 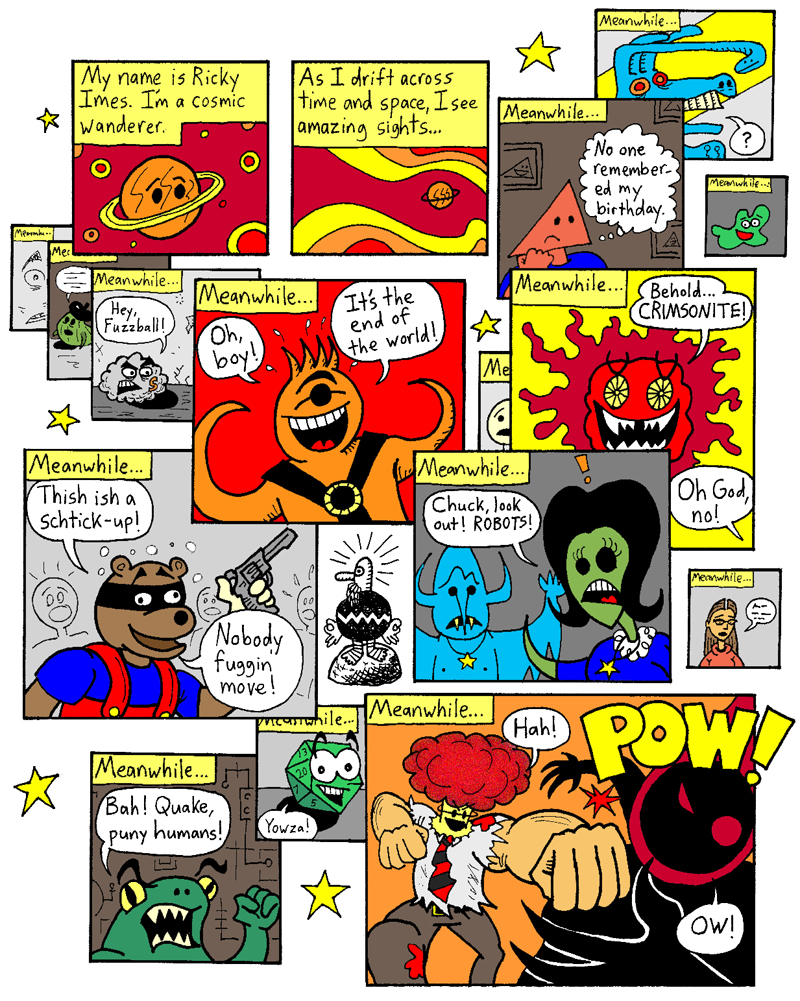