As a writer, artist, and/or editor I have worked on over 50 role-playing games, most of which are available for purchase at DriveThruRPG and itch.io. Here are some of the highlights: 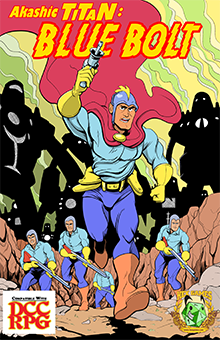 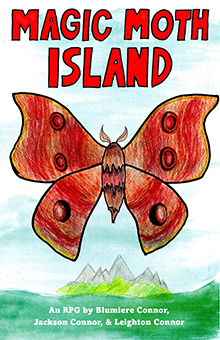 Magic Moth Island – In the middle of the ocean lies a mysterious island covered with pools of sparkling green liquid. On this island many animals live in harmony. However, the peace is shattered when humans invade the island. The humans want to steal the island’s magical resources for themselves. Now the animals must work together to defend their home!

Magic Moth Island is an RPG based on the Caltrop Core game system, and includes:

Magic Moth Island is the first RPG written and illustrated by Blumiere Connor (age 13) and Jackson Connor (age 10), along with their dad Leighton Connor (fully grown). 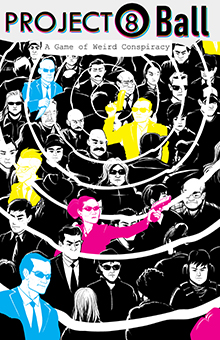 Project 8Ball – The life you know—your family, friends, job, everything—is a lie, a carefully-crafted web of memory implants and forged documents. You are not a random civilian; you are an agent of Project 8Ball, a government agency so secret that, at any given time, only 37 people know it exists. As your false identity slips away you remember a terrible truth: The world is a shadowy cesspool of mystery and madness. Aliens, cryptids, parahumans, time travel, space gods, angels, all of them are real, and all of these extranormal elements endanger baseline consensus reality. Your mission: Keep the world normal, even if you go mad doing it.

Project 8Ball is a game of weird conspiracy inspired by the works of David Lynch, Grant Morrison, and Philip K. Dick. Players take turns running game sessions and, working together, weave a web of mystery and wonder. This book includes: 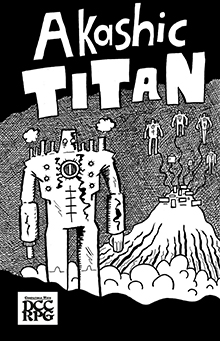 Akashic Titan – The akashic titans are magically-powered metal behemoths that soar across the endless Bands in their journey from world to world. This 80-page zine, written and illustrated by Leighton Connor, gives you the tools you need to incorporate the akashic titans into your Dungeon Crawl Classics games. In addition to giving an overview of the titans and the Bands, Akashic Titan provides two settings: Starnheim, a port city for the titans that can be dropped into any fantasy world, and the Elaborate Crystal Palace of the Jale Band.

Also included are new monsters (such as the Stellar Squid, the Stowaway, and the Living Constellation), spells, NPCs, the Akashic Pilot character class, and random tables. Order a print copy from Goodman Games or Exalted Funeral, or a PDF from DriveThruRPG or itch.io!

Leopard Women of Venus – Inject delirious sci-fi thrills into your game sessions with Leopard Women of Venus, a Dungeon Crawl Classics RPG setting book inspired by the works of Golden Age comic book artist Fletcher Hanks! Journey to Venus, a tropical hell-planet inhabited by four human factions. In addition to fending off the endlessly lethal flora and fauna, they must also keep watch for invaders from other worlds and the constant threat of betrayal by the other factions. Can even the mighty Leopard Women prevent humanity’s extinction?

The PDF is on sale now–order a copy through DriveThruRPG! 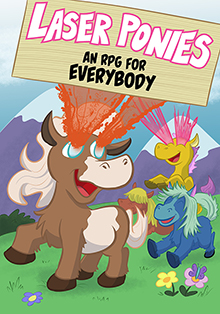 Laser Ponies – On a faraway magical world, the Laser Ponies romp, frolic, play, and, when necessary, shoot lasers out of their eyes. Only the Laser Ponies can defend the creatures of Glitter Valley from the wicked Chasm Queen and her army of monsters. Laser Ponies is the action-packed-yet-adorable cartoon you always wanted to see, filled with magic, wonder, and adventure, brought to life as a tabletop role-playing game for players of all ages!

This second edition of Laser Ponies, revised and greatly expanded from the original, includes:
• An overview of Laser Pony history, society, and their world
• Six sample characters, so new players can start immediately!
• Twenty monsters, animals, creatures, and NPCs for your games
• A complete adventure, “The Mystery of the Menacing Meteorite!”
• And so much more!

Both PDF and paperback versions are available now at DriveThruRPG! 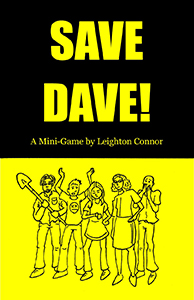 Save Dave! – Your little town is lame as hell, total nowheresville, a dead-end burg with nothing going on . . . except for one shining beacon of awesome. His name is Dave. Dave is the coolest guy around and he’s got friends from all walks of life. But now the worst possible thing has happened: Dave has been kidnapped. As his very best friend, the least you can do is rescue him.

Save Dave! is a complete mini-game, including:
*Character creation rules;
*An original coin toss-based action resolution system;
*Random tables to determine Who Kidnapped Dave, Where to Look for Dave, and Obstacles for the PCs to face!

Available as a PDF through DrivethruRPG and Itch.io! 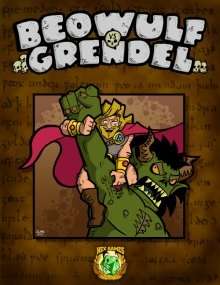 Beowulf Vs. Grendel – The greatest epic in English literature comes to life! For 12 years Grendel, that unhallowed wight, grim and greedy, wrathful and reckless, has rained ceaseless slaughter onto King Hrothgar’s land. Now Beowulf, that mighty man of valor, the prince of the Geats, and the greatest monster-hunter of all time, leads his team of hearty warriors across the sea to defend Hrothgar’s hall from Grendel. But even if Beowulf and his comrades can defeat Grendel, they will find that an even worse horror lies in wait. Order now at DrivethruRPG! 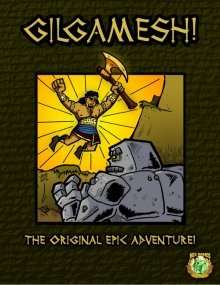 GILGAMESH! – Back before the dawn of history, all the world knew the name of Gilgamesh. Gilgamesh, the King of Uruk, two thirds god and one-third man! Gilgamesh, the world’s greatest warrior, who slew Humbaba and killed the Bull of Heaven! But now Gilgamesh is faced with an opponent that no man has ever defeated—death itself. Join Gilgamesh and his band of mighty heroes as they journey past the edge of the Earth, through the Garden of the Gods, and across the Waters of Death in order to find the secret of eternal life. Order now at DrivethruRPG! 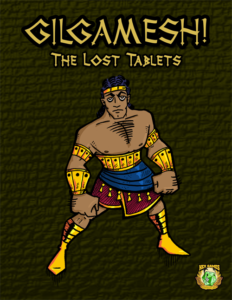 GILGAMESH!: The Lost Tablets – Now, for the first time, you can learn how Gilgamesh befriended the wild man Enkidu. Watch as Gilgamesh and Enkidu venture into the Forest of Cedar to battle Humbaba, the most horrible monster in the world! See Gilgamesh and Enkidu defend their city from the Bull of Heaven, and witness the punishment the gods rain down on them! Order now at DrivethruRPG! 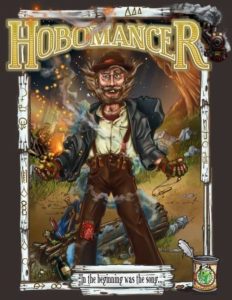